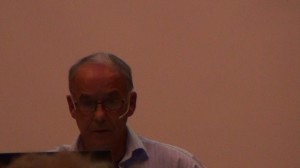 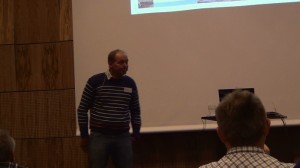 – there has been a great deal of controversy about this with all kinds of accusations from environmental organizations and individuals but no one was able to present a good enough case until we filmed a trawler fishing illegally – in spite of a great deal of prevarication and attempts to get the case dropped we continued.  We finally got the case through after filming a policeman telling us how difficult it was to get a decent prosecution, that the maps were on paper and not in the trawlers – and that the trawlers used paper charts anyway so they could not be all that precise over their position.  Our video shows 4 landmarks in line and the trawler on the wrong side with his gear out.  It is immensely difficult to position a ship from land accurately.   From the west coast – Trondheim – southwards the coast is divided up into harvesting areas.  Each is allowed to be harvested for 1 year then it must be allowed to recover and harvesting begins again in 4.  Our prosecution (the first in Norway) took nearly 2 years.

The picture underneath is of Ole Damm Kvilhaug announcing tracking of all taretrawlers at the meeting.  Essentially he said he was very happy that this has come about as it will stop a good deal of speculation and trouble. http://www.google.no/url?sa=t&rct=j&q=&esrc=s&frm=1&source=web&cd=2&ved=0CDAQFjAB&url=http%3A%2F%2Fwww.fiskeridir.no%2Fcontent%2Fdownload%2F26875%2F243286%2Fversion%2F1%2Ffile%2Fole-damm-kvilhaug.pdf&ei=5lZJUr_eGMPl4QSE-YA4&usg=AFQjCNFkHAVE14E6n5WrKo7oN7CwbtUiiQ&bvm=bv.53217764,d.bGE

Unfortunately it is not the ais system we had hoped for and is completely under the control of the fiskeriedirektoratet and the taretrawling skippers themselves with no public oversight.

The day was finished off with a remarkable tasting of various seafood preparations made with seaweed – by the cooks at Stokke Sjøsenter.  While this in no way excuses the mass seaweed harvesting currently ongoing on coasts worldwide it is clear that this is excellent food.