Over the years Stopptt has accumulated numerous reports on the matter of seaweed harvesting, information on the companies conducting commercial harvesting and related matters.

From this overview it is clear that the industry has powerful connections/support, political and industrial – it is also easy to feel that the excessive drive in the press about the benefits of the usage of seaweeds in diet and medicine is linked to the industry’s powerful PR machine. Again linked to grants to research projects and grants to universities.

With this in mind it has been fascinating to follow the activities of an organization called NETALGAE – this organization has been mentioned in previous articles. 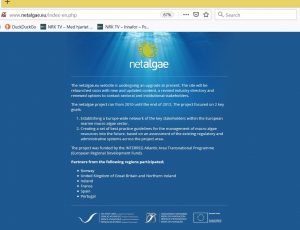 It is difficult to be exactly sure what this organizations connection is to the eu – at the bottom of the page “problematic” it says “European regional development fund – for lack of any other direction this organization is directly funded by  and is part of the EU.

its job seems to be furthering the seaweed harvesting industry be it mechanical or manual – by connecting access to funds and information – some of the reports it has produced are excellent however it is clear it feels that  local governmental restrictions such as environmental protection and planning laws need to be overcome – this is from a report called Problematic.

They are careful over the use of language – preferring to approach the subject obliquely however the meaning is clear.

The alginate industry has a massive problem in balancing or hiding the effects of its dredging operations, if the destruction became too evident its operations could be in jeopardy – so in Norway they have through political connections access to nearly the entire coat where the seaweed they require grows – this means the effects are so widespread it is difficult for anyone to point a finger at the industry and say there is the cause. However there is slowly an awareness arising which the industry cannot ignore  (for instance the dumping at sea of large amounts of formalin used to prevent the raw material from rotting https://www.youtube.com/watch?v=apyBGTAuGgg)

The fact that the raw material often has to travel several thousand kilometers past where there were formerly large seaweed beds – and more.

The net algae website has disappeared before – the last time it was replaced by a blog on APPLE products in German – surely not hacked – it is easy to believe that someone was asking difficult questions and thus the plug was pulled. 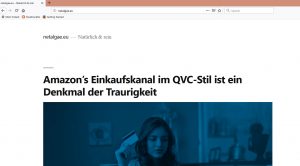 We believe that it is of vital importance for us all that honesty and integrity is the mainstay of all businesses – that severe penalties should exist for the destruction of our environment and changing our ecology, especially the marine.

It is very distressing to feel that the EU is encouraging such activities.