19 and 20th September Johan Breivik and I – Bertram Sømme from Stopptt, attended a meeting about Commercial seaweed harvesting on the Norwegian coast in Trondheim hosted by Nord and Syd Trondheim Fylkeskommune and others 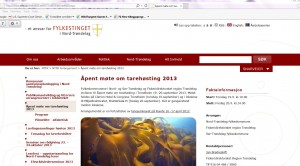 Present were some 60 people from the major state marine biological organizations – from the Fiskeriedirektoratet – from the Kommune (councils) up and down the country – from the Miljødirektoratet – the environment agency and from the seaweed harvesting industry including Fmc, Algea, the Taretråwler skippers and perhaps the most important of all several very concerned private citizens.

Why important? Because these citizens are deeply worried that there is not enough knowledge about the consequences of the industry – that the signs that there is something wrong are being ignored.  These are ordinary people who are prepared to spend several thousand Kroner and their time to let their voice be heard and to find out more. (one could say it was the job of the others to be present)

This is clear indication of the concern the public has over this issue and its  not being addressed. 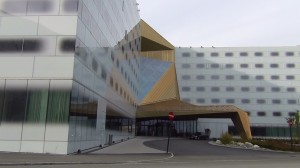 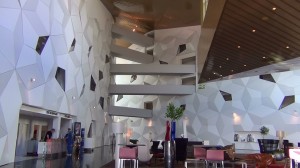 We asked the organizers of the conference if we could present a little video we had made – we were told we could – but as events turned out there was some confusion – fair enough it was not a good video. http://www.youtube.com/watch?v=iHkAMGAQf1I but then you can make  your own mind.

However the national television was there – NRK  – they got the video so it is entirely possible that it will get a far bigger audience. However as always they left before the fireworks began. 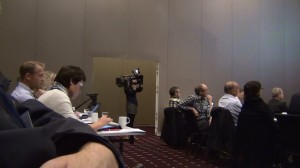 The message we (Stopptt) got from the meeting was clear – our little organization is having an impact – out website and blogs are carefully read and scrutinized by the taretråling industry – private individuals and many others – we know this, because we were told this at the meeting (we  have a counter on our old site http://stopptt.com/ it currently reads 38,000)   –

On the surface this has a number of results but one clear one is that  we should be extremely worried about our oceans and the knowledge that is not being distributed, discussed or followed through  –  It is not right that the type of work Stopptt does should be left up to individuals such as us, but it is clear no one else is going to do it.

I would to make one last point  – quite a few scientists have been in contact and have collected papers.  Thank you for that.

Due to the video footage we took at the meetings we should be able to do a comprehensive report in the next few days, but it is quite a task connecting names to faces. It would be useful if there was some feedback (particularly concerning inaccuracies)- I have disabled comments here but you can contact me on stopptt@stopptt.com – finally there is only one form of bad publicity and that is no publicity – negative comments are welcome.