Seaweed trawling is a very emotive issue – there are a number of conflicts concerning individuals, communities and how the seaweed trawling is seen by those who feel it is destroying their fishing, or nature or even ecosystem.

When you are apparently contacted from within the system there are a number of possibilities – the worst of which is that we (the reader) is being played.

The best though (however unhappy) is that the trawler skippers are deeply concerned about the environmental damage their industry is causing and wish to show that they care just like any other good Norwegian.  After all most of them are fishermen or fish and are interested in nature and wildlife.

We also hear that they are experiencing difficulties in small towns and villages when they become known – there have even been fights in public.

The anonymous phone call I received included a great deal of inside information, I have no doubt it was genuine  and posted the basics on our Facebook site, both in Norwegian and English – the interest was phenomenal with over 200 engagements in less than 2 hours.

The call drew attention to the way the new owners are treating the skippers and their catch – they say they are being driven to harvest in a way which is causing severe damage to the ecosystem (we already know that) they are harvesting in areas they know are not mature enough to be harvested so the plants are simply destroyed.  One of the skippers is using illegal documents and so on –

The letter is quite long and again points out the same information.

Rather than take out the relevant facts we’ve decided to simply publish the entire documents for our readers – yes they are in Norwegian so some will have problems reading them. 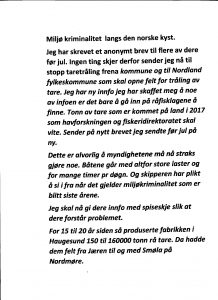 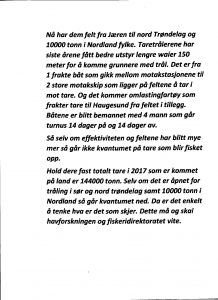 These two sides are a kind of introduction and explain why the letters are being sent and what is behind them – as previously mentioned it is gratifying to be “verified” from a completely different angle.

These last 2 sides are with fuller information and have been sent to various agencies. 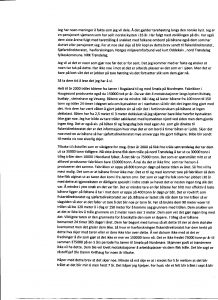 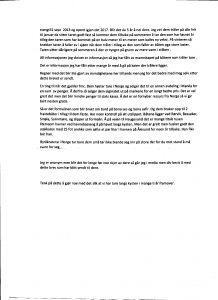 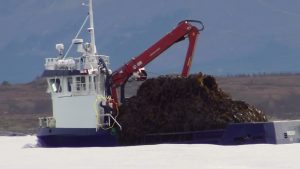 As for working 24 hours – we have for the first time observed the trawlers working at night here – a few weeks ago (January) .

We feel uncomfortable using unverified information however we feel it is important to support anyone brave enough to stand up with the truth about what is happening on our coasts.

It is interesting to note that largely European companies pay lip service to concerns about the environment – some do more – but American companies seem to believe that the environment/nature is just a resource to be used – and if those who own the resource are too stupid to utilize it they will – and they do – worldwide.

How can they get away with this?

Recently Norway focused its attention on investments in the USA from the Oil fund – changing its previous interest in Europe.   This has currently led to Equinor being heavily involved with American interests and in taking over sensitive environmental industries or parts of – due to lack of investment, or lack of serious care there have been serious incidents with some of those industries leading to major pollution incidents

This is almost like a boys club – has the Norwegian state been fooled?